Know who the real Elders are, says Mosum 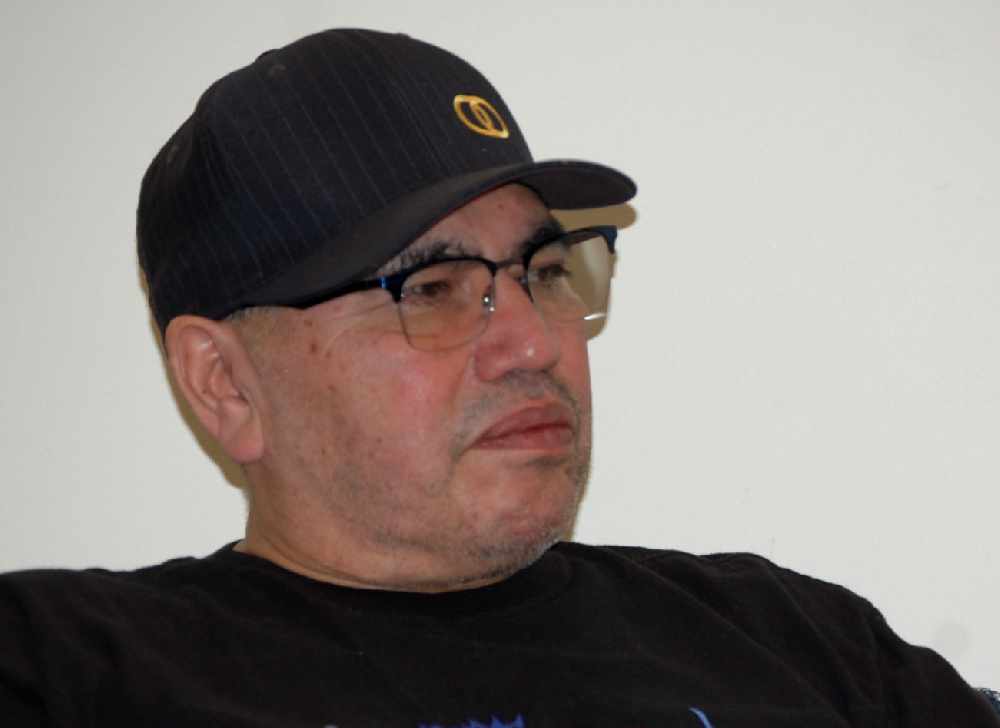 Beware of people claiming to be Elders.

That was the warning Mosum Rick Lightning delivered recently when he spoke to students at MacEwan’s Indigenous Education Centre in Edmonton.

“There’s Elders out there that play with this stuff,” he said. “Go into their house. See if they actually live the way they say they are because that’s important. You just don’t believe people face value, because the Tricksters are out there.”

Lightning carries two pipes and receiving those pipes has been a journey.

And that journey, he says, is important.

“What you can learn today,” he said to the students “is to look behind what it takes to make this.”

When Lightening was 10 years old, his father started to teach him to look after the pipe. But he was a “wood chip picker-upper” until he was 38. That was how old he was when he was given two pipes.

He told the story of having fasted in the middle of winter when he was younger, encouraged to do so because some of his friends had gotten pipes. When he approached his father for his pipe, his father told him ‘no’.

“‘Son,’ he said, ‘don’t chase it. It’ll come to you. When it comes to you, it will choose you, it will find you.’ And that was a great teaching I got from him at that time,” said Lightning.

When he did get his pipes it was during a sweat. A mosum presented him with his first pipe.

Then another mosum presented him with his father’s pipe, telling him he was ready for that commitment.

He fasted four days and four nights to honour the pipe that was given to him because the “pipe chose me.”

Said Lightning about waiting to receive the pipes,

“People today will buy pipes and steal pipes and go to pawn shops and buy pipes, and then they become instant medicine people or whatever you want to call them and they make up stuff. And those are the ones you’ve got to be careful of.”

Lightning says Elders are willing to teach young people, but young people have to vigilant about who they are learning from.