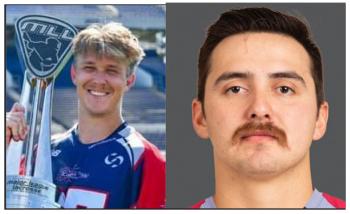 Kyle Jackson, a member of Aamjiwnaang First Nation, and Randy Staats, a Mohawk from Six Nations.

“This thing is so crazy we’re going through. But I think the MLL did a great job of making us safe.” — Kyle Jackson
By Sam Laskaris
Local Journalism Initiative Reporter
Windspeaker.com

A pair of First Nations men from Ontario played key roles for an American squad that captured a professional lacrosse championship on the weekend.

Kyle Jackson, a member of Aamjiwnaang First Nation in southwestern Ontario, and Randy Staats, a Mohawk from the Six Nations community of Ohsweken, were members of the Boston Cannons that won the Major League Lacrosse (MLL) title on Sunday.

Because of the pandemic, the six-team MLL, a field lacrosse circuit, played both a shortened five-game regular season and its playoff schedule over nine days in Annapolis, Maryland.

The Cannons defeated the Denver Outlaws 13-10 in the championship final.

But Staats was one of four Boston players that left the tournament before Sunday’s final. Staats said he made the decision to leave on Saturday morning after it was announced late Friday that three members of the Chesapeake Bayhawks had positive COVID-19 tests.

The Bayhawks and Connecticut Hammerheads, two semi-finalists scheduled to play on Saturday, both withdrew from the tournament.

That enabled the two other squads that had advanced to semi-final action, the Cannons and Outlaws, to move directly on to Sunday’s final.

Staats said the Cannons had a team meeting on Saturday morning and all players on his squad were tested that morning. None of the Boston players tested positive but Staats and three of his teammates opted to leave the tournament.

“We just didn’t feel safe,” Staats said. “I have a family. I just had a newborn. And I have a two-year-old as well. I didn’t feel comfortable bringing that (the possibility of the virus) back home.”

Even though the Cannons went on to win Sunday’s final, Staats said he is not necessarily boasting about the club’s accomplishment.

“I feel part of the team but I don’t consider myself a champion,” he said. “For me playing in a game, and going out there and competing, that makes a champion.”

“I disagree and I think he’s a champion,” said Jackson, who finished tied for fourth in team scoring for the Cannons with seven points, including five goals, in five games. “He was a vital part of the success of our team. We got to the position where we were because of what everybody did.”

Staats said he was not sure whether the Cannons would eventually be rewarding him, and the others who did not participate in Sunday’s final, with a championship ring.

“I have no idea,” he said. “Nobody said anything to me about it.”

Jackson said the topic of getting championship rings for the Cannons was raised.

“Our owner Rob Hale is adamant we’re going to have these gawdy rings,” he said. “He wants them to be bigger than other rings.”

Staats, 27, has now been a part of two championship pro squads. He was a member of the Georgia Swarm’s championship team which won the National Lacrosse League (NLL) title in 2017.

For Jackson, 26, Sunday’s triumph marked his first league title as a pro.

Jackson, who now lives in Halifax as he also toils for the NLL’s Halifax Thunderbirds, said he also had safety concerns about the pandemic.

His wife is now 31 weeks pregnant. Jackson said he had to consult with his wife on Saturday before deciding whether to stay at the tournament and participate in the final.

“That was the main phone call I had to make,” he said. “We weighed out the pros and cons and decided for me to stay.”

Jackson said even before the MLL tournament began he was wondering whether he should leave his home and head to Maryland.

“Obviously I had reservations about it,” he said. “This thing is so crazy we’re going through. But I think the MLL did a great job of making us safe.”

Jackson said all tournament participants had COVID-19 tests prior to the event. And players had temperature checks every time before they stepped onto the field.

Players from all four semi-final squads were also tested on Saturday. 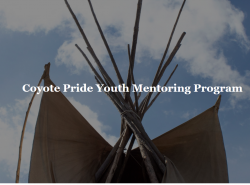