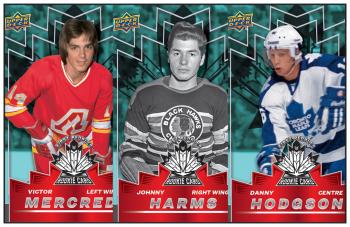 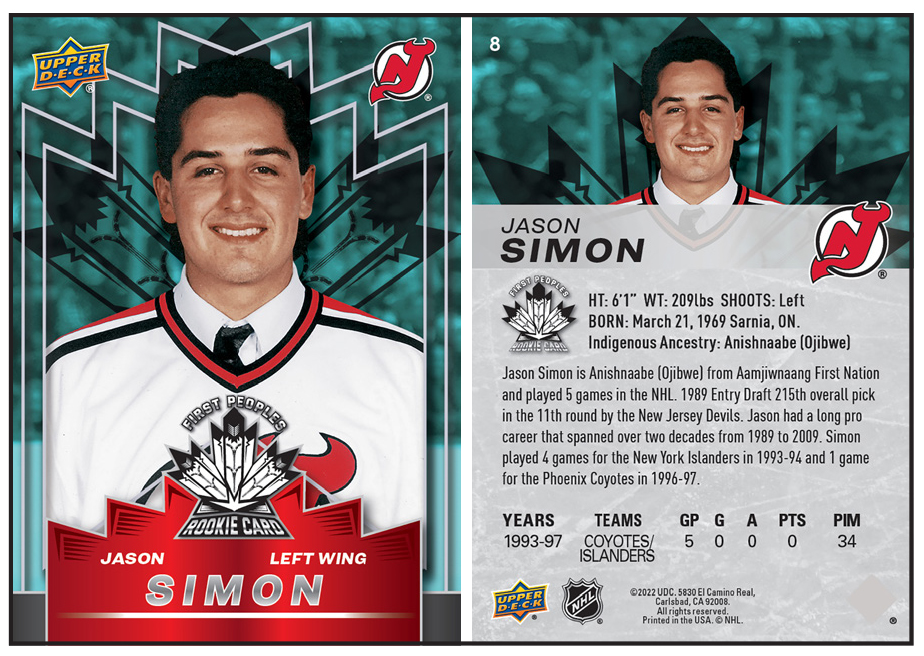 Thanks to Upper Deck, a world leader in the sports collectibles industry, eight former Indigenous players, who made it to the world’s highest stage for their sport, now have their own National Hockey League licensed trading card.

A total of 10,000 of the eight-card sets have been printed. They will be distributed free of charge at various Indigenous hockey camps, Indigenous youth tournaments and at an Indigenous-owned hobby shop, First Row Collectibles in Winnipeg.

The idea for the hockey set was spawned a few years ago when an Upper Deck representative met with hockey card collector Naim Cardinal, a member of Tallcree First Nation in Alberta.

Cardinal had earned some recognition in the sports card industry last decade as he had a large collection of rookie cards of Indigenous players who had suited up for at least one game in the NHL.

Cardinal discovered through his hobby that there were several other Indigenous players who had seen some NHL action that never had a licensed rookie card produced for them. That’s when Upper Deck stepped up and offered to make a limited edition set.

and be a part of bringing these cards to life,” Cardinal said. “These former players have earned their names and images on official trading cards, and it’s great to see both Indigenous and

non-Indigenous people honor them as athletes in a real way.”

Representatives from the NHL, National Hockey League Players’ Association and Hockey Hall of Fame assisted with the project.

Jacob Alexis, an artist from Alexis Nakota Sioux Nation in Alberta, designed the cards. And Cardinal also worked with a board, comprised mostly of Indigenous people, who provided advice throughout the project.

Cardinal and his team encountered some challenges along the way, including trying to find family members of players who had passed away.

Paul Nguyen, Upper Deck’s senior marketing manager, talked about one of the hurdles that had to be overcome.

But Nguyen is pleased with the final product.

“We really wanted to make sure that they were done properly and correct,” said Nguyen, who works out of Upper Deck’s office located in Carlsbad, Calif. “And now that we finally have them in our hands and can see them and knowing that people will be able to see them as well, is really exciting.”

Nguyen believes members of the public will be pumped once they see the cards.

“I think they’re going to be just as excited,” he said. “Seeing someone that had never really gotten their official NHL trading card before and now seeing it on a card, people are just going to be speechless.”

Nguyen said he’s thrilled Indigenous youth will be receiving these cards for free.

“If we’re doing something really for the goodness of the community, it’s really important to have accessibility, especially when we really focused on providing them at these Indigenous hockey tournaments and camps,” he said.

“It was just important that those in the community would have these and if we were to add a cost to it, that’s just a barrier that I don’t think was necessary when we’re trying to highlight these athletes and put a spotlight on them.”

“Seeing someone that they can look up to from their own community, I think that just speaks volumes saying if they can do that and accomplish so much, I can see myself doing that as well,” he added.