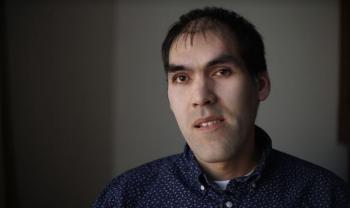 On the altar of ‘affordability’ would be sacrificed: Reconciliation, First Nations’ economic and governance aspirations, regional economic development opportunities, the energy self-sufficiency we enjoy in B.C., clean energy and the NDP’s much touted environmental goals.
Press Statement from the Tŝilhqot’in Nation

The Tŝilhqot’in Nation stands with the Nuu-chah-nulth and other First Nations in British Columbia in calling on the NDP government to table Bill 17 while proper engagement with First Nations are conducted.

The amendment of Bill 17, proposed in June, raises alarming concerns that the NDP government has no intention of honouring the principles of the United Nations’ Declaration on the Rights of Indigenous Peoples (UNDRIP), despite proclaiming it to be a cornerstone of its mandate.

Many of the UNDRIP principles speak to the importance of consent from First Nations when changing laws in ways that are directly and materially detrimental to First Nations and Indigenous peoples, as is the case with Bill 17.

A concrete example of this is the solar farm now operating in Tŝilhqot’in territory. As the largest Indigenous-owned solar farm in B.C., it represents an important accomplishment for the Tŝilhqot’in, BC Hydro and the Province’s (now suspended) Standing Offer Program.

Bill 17 represents a direct threat to the future of that program and the clean energy independent power projects that have had such positive impacts for First Nations and regional economies.

The Tŝilhqot’in Nation has been actively involved in the Ministry of Energy, Mines and Petroleum Resources’ Comprehensive Review of BC Hydro, which contains many progressive ideas which, if intelligently implemented, would have positive impacts on energy policy benefiting all British Columbians.

The changes contained in Bill 17 have never been raised during these engagements and these changes diminish the progressive ideas discussed in that review. It is disconcerting to realize that while this government was “consulting” on BC Hydro’s future, Bill 17 was secretly being developed.

Bill 17 would introduce a poorly conceived policy detrimental to regional economies and CleanBC targets, as well as the economic and self-sufficiency aspirations of First Nations in this province. The government’s myopic focus on the single priority of ‘affordability’ has blinded it to the ramifications this Bill has for many other government priorities.

On the altar of ‘affordability’ would be sacrificed: Reconciliation, First Nations’ economic and governance aspirations, regional economic development opportunities, the energy self-sufficiency we enjoy in B.C., clean energy and the NDP’s much touted environmental goals.

In fact, based on work being done by the Tŝilhqot’in Nation, we consider that Bill 17 will, in the long run, do little or nothing to address even its stated goal of ‘affordability’, and could pose serious risks to B.C.’s energy sovereignty, if our Province becomes dependent on energy infrastructure south of the U.S. border, and subject to the politics that have plagued NAFTA in recent years.

There are alternative approaches which can better meet the government’s goals — including self-sufficiency and affordability — that could be developed if this government would take the time to consult with First Nations and other stakeholders.

As drafted, Bill 17 is regressive, setting back the clock in important matters such as environmental policy, First Nation relations, regional economic development and the future of BC Hydro as it is being reconstructed through the Comprehensive Review.

We call on the government to table Bill 17 and honour its commitments and the law to consult with First Nations. Together we can make the necessary changes to BC’s energy policies in a way that is respectful, constructive and beneficial to all British Columbians.

“Proceeding with Bill 17 at this point would be a blatant betrayal of all this government has said about its respect for and willingness to work with First Nations,” said Nits’ilʔin (Chief) Russell Myers Ross, vice chair, Tŝilhqot’in National Government.

“The proposed amendments have profound implications for the economic and social wellbeing of Indigenous peoples in B.C., yet absolutely no meaningful engagement took place before this Bill was brought forward. The Tsilhqot'in Nation has worked with the Province through the Nenqay Deni Accord to address energy and have since developed a Tsilhqot'in Nation Clean Energy Plan to assess infrastructure needs and economic opportunities.

“In addtion, the Gwets’en Nilt’i Pathway Agreement signed just last year, to work with our Nation on a government-to-government basis to build a strong, sustainable economic and fiscal base for the Nation. An absolutely essential aspect of that economic base, and so the future of our people, is energy self-sufficiency. Bill 17 is counterintuitive to the work we are planning together and threatens our Nation and other First Nation's ability to participate in improving public infrastructure and achieve their economic goals.”

At SNC-Lavalin we are committed to establishing and maintaining respectful and meaningful relationships between Indigenous communities, our clients and our company.