New album from Twin Flames due out in August 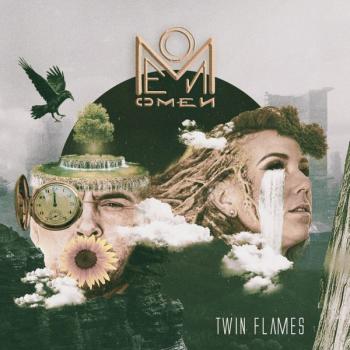 Omen is due out in August.

"Battlefields" is a song from the heart that grapples with the pain of mental health issues, something they've never really covered before in their music.

According to Chelsey June, one half of the duo, the song has been kicking around in her mind for a few years now, but didn’t come to fruition completely until around a month ago.

“‘Battlefield’s is a song that we started writing right at the beginning of the creation of Twin Flames,” she said of the time about six years ago when the pair first got together and started making music.

“Jaaji and I were just sitting at home in our living room. It was a song that was growing in my head at the time. I was dealing with a lot of anxiety and I’ve dealt with depression on and off throughout my life. And that moment in time… transitioning from a federal government job and leaving it behind to pursue music full-time… was a very scary transitional part of my life,” she said.

According to June, both her and Twin Flames partner Jaaji also recognize that many of their fans do struggle with mental health issues. They have many fans in northern communities which have high suicide rates for a variety of reasons. And they know that some of their fans struggle in silence. They hope this song will make them feel less alone in that.

“I think the bottom line is that people tend to… over the last six years of our releases… tend to think we live a fluffy life,” said Jaaji.

“I’m a former police officer that grew up in isolated communities, and the amount of stuff that I saw even before I became a policeman…,” he said, his voice trailing off but making clear the point. “People tend to think that because we’re always so positive that we don’t understand,” he said.

Jaaji is Inuk and Mohawk from Nunavik so is familiar with life in the north.

When asked whether “Battlefields” was specifically a response to the hard times brought on by COVID-19, June said it was not, at least not consciously. But it may have been so perfectly timed for reasons they can’t explain.

“We really feel like songs are gifted to us... They seem to come always at the time when they’re needed.

“There wasn’t really a lot of forward thought in ‘Battlefields’ because a lot of these issues have been happening for a long time, but it’s true COVID-19 is pushing the world to its limit,” she said, adding that people are experiencing even more problems right now, including financial loss, the loss of loved ones, housing and job loss or instability, all due to COVID-19.

“Battlefields” is the first release from their upcoming album, Omen. Another song to be featured on this new album will focus on addictions. June admits both she and Jaaji have been in recovery from addictions for years now. June for 14 years, while Jaaji has been in recovery for around six years. So they have experience with this, as well. Their personal journeys are part of the song, which was co-written with their producer.

They really feel like all the songs they’ve put in Omen are a stark departure from anything they’ve done in the past, mainly because of the heavy subject matter they’re getting into. Some of the other songs talk about losing a loved one, or getting bad news about a loved one, said June, and the title track, also called “Omen”, is about ancestral teachings on global warming.

And there will be a beautiful cover of “Grace Too” by the Tragically Hip. The pair appreciates Gord Downie’s efforts in reconciliation with First Nations people during his last days and hours of life on Earth. They sang this song for a Downie-Wenjack fundraiser in Burlington, Ont. and got rave reviews from fans; even Gord Downie’s brother, Mike.

Altogether, the album, scheduled for release in August, will be a new experience for their fans.

Of course, COVID-19 created some major obstacles for them during the production of the album.

“We weren’t even sure we were going to be able to finish Omen, because all that was left was vocals and traditional spirit flutes and acoustic in a few spots for the tracks… And when COVID hit our world all the studios got shut down, so we were scrambling. We thought, ‘What are we going to do?” said June.

But they did find the ways, including working closely with their producer over a long distance, building an at-home vocal booth with software to record on and gaining a new sense of appreciation for the time they suddenly had to focus on the album, rather than being immersed in a busy touring schedule as they had before.

“It’s coming… I mean, we felt it obviously,” said Jaaji, about the effect of COVID-19. “But it has, like Chelsey said, been a blessing where we got to fix other stuff we needed to.” 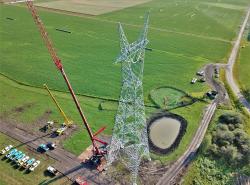