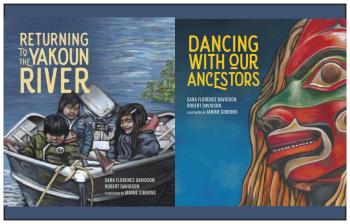 When author Sara Florence Davidson was growing up, much of her love for storytelling was inspired by her father, renowned carver and artist Robert Davidson.

“It's a lovely kind of continued contribution from both of my parents to my passion for literacy, for stories for reading, writing,” said Sara in an interview with Windspeaker.com. “I have this sort of love of reading that comes from my mom. And my love of stories comes from my father, who shares more of his stories orally.”

Enter Returning to the Yakoun River and Dancing With Our Ancestors, written by Sara and Robert.

The books are the third and fourth books in the Sk'ad'a Stories Series via HighWater Press, targeted at the elementary school for children ages six to eight in grades 1 to 3. Learning to Carve Argillite, and Jigging for Halibut With Tsinii, both released in September 2021, are the first two books in the series.

The four books have a strong focus on the Sk'ad'a principles of the Haida culture.

“They were living principles based on the stories that my father had shared with me,” said Sara. “So, I would think of those as like, kind of pedagogical principles. And when we're thinking about the sharing of Indigenous knowledge, we think about the different kinds of principles.”

Sara and her father had previously worked together on the book, Potlatch as Pedagogy, which also had a focus on the Sk'ad'a principles.

Dancing With Our Ancestors is about a potlatch. Guest from all over come to witness a ‘bittersweet but joyful celebration of Haida culture and community.”

Sara hopes the books will have a lasting impact on her readers.

“I think of my brother's children being able to read these books and having connections to [the stories]. And that to me is really important. It's important for me to have knowledge and continue to pass it on,” said Sara. “It's also really important to have stories, other kinds of stories about Indigenous people than just to kind of speak back to some of the coverage that we get in the media.”

Sara speaks of the “thread of intergenerational learning” that she explores in the series.

“As I was sort of thinking about the possibility of four books, I started thinking about what if we chose the stories that reflected my father at different stages of life?” she said. “And so, in the second book, he learns from his father and his grandfather, a son, and the third book he's a father sharing the knowledge with my brother and myself and my cousin, who's a father and then in the last books, he's sharing knowledge with grandchildren.”

Sara serves as an assistant professor in the Faculty of Education at Simon Fraser University.

“A lot of the work that I do is around teaching and learning… how do we share knowledge? And so, what was neat for me with [these books], the passing of knowledge and learning,” she said. “And so an example is my great grandfather was teaching my father and so there was intergenerational sharing of knowledge that was happening on the land. And my father was learning on the ground.”

Sara Florence Davidson’s research interests are focused on the transformation of the “current pedagogical and research practices to be more respectful and inclusive of Indigenous contributions, particularly in the area of English language arts”, her SFU bio reads.

“It took me a while to figure out that education was really a passion for me. And so I think that in the stories, my desire to explore the impact of storytelling as a form of teaching has really influenced how these stories have worked,” she said. “As an educator, it's so exciting to be able to be immersed in different ways of learning and sharing knowledge and being able to document those experiences in the moment.”

All four books in the Sk'ad'a Stories Series are available now through HighWater Press and many major retailers. 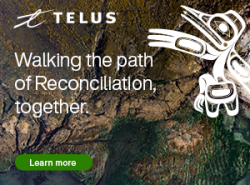 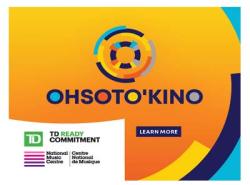 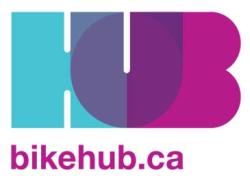