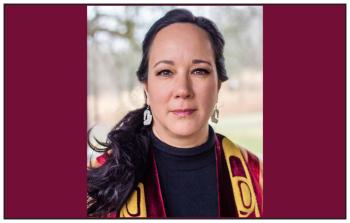 “I sang backup for our friends’ rock band when I first moved to Toronto 22 years ago, for about a year. But none of that had the same scope of reaching people with a story that opera does for me personally.” — mezzo-soprano Marion Newman
By Adam Laskaris
Local Journalism Initiative Reporter
Windspeaker.com

Newman will perform The Americas with the JUNO award-winning New Orford String Quartet on July 26. The following day, Newman will be on stage with the Gryphon Trio and Norway’s six-voice a capella group, Nordic Voices. Both shows will be staged at the University of Toronto’s Walter Hall located at 80 Queens Park, just south of Bloor St.

With The Americas, Newman will perform the works of Métis poets Ian Cusson and Marilyn Dumont.

“There are five songs that deal with the experience of being Métis and between worlds and ‘in the cracks’,” Newman said about The Americas in an interview with Windspeaker.com.

Though not Métis herself, Newman says she’s been granted permission by the poets to perform them.

“I have lived experience that helps me understand those stories, and that I connect really well with those songs. They're tough songs, because they are filled with truth that can be hard to hear and can be hard to deliver.”

Newman described her work with the Gryphon Trio and Nordic Voices as “eclectic.”

“That is a story about echoes and memory, and it involves cultures from around the world and how we have engaged in retaining memory and culture; how we've passed those down,” she said.

Newman understands that opera isn’t the most mainstream arts career path, but it’s one she’s naturally drawn to.

“I sang backup for our friends’ rock band when I first moved to Toronto 22 years ago, for about a year,” Newman said. “But none of that had the same scope of reaching people with a story that opera does for me personally.”

Newman said the pivot to opera came when she studied voice as a second instrument while earning her Bachelor of Music in piano performance from the University of Victoria.

“I liked it so much, because of its collaborative nature,” she said. “Because of the power of storytelling. When you get to use words and costumes and a whole cast of people, that a whole community is involved in raising an opera, it just made cultural sense as well as not centering me as the only performer, which I really enjoyed. So that is the route that I took.”

Having an open mind is the best way for novice opera audience members to enjoy their experience at a performance.

“I've had friends come to things that I was like, ‘you probably won't like this. It's baroque. And I know that you like dance music or like something completely different.’ And they've loved it.”

Newman said her own experience with opera was a gradual one. Surrounded by a self-described “musical family”, they helped introduce her to the genre and her interest grew the older she got.

“I think I really had the privilege of access to an art form that I wasn't particularly interested in,” she said. “As a child, opera was just like somebody yelling on the radio in tune. But as I became older, as I started to understand the words that were associated with the stories, the political nature of a lot of these stories at the time when they were written, that certain things were banned at the time because some king didn't agree with the story that was being told or whatever. It helps me realize why it's still relevant today.”

Outside of her on-stage work, Newman serves as host of CBC Radio’s Saturday at the Opera program, a position she’s held since mid-2021.

“I feel like that's a really, really cool job that's landed in my lap,” Newman said. “It’s given me an opportunity to study opera in a way that I didn't really as a student, and that way I have a layer removed because I'm not performing it, but I'm sharing other performers.”

Tickets for Newman’s two shows can be purchased at https://torontosummermusic.com/events/ 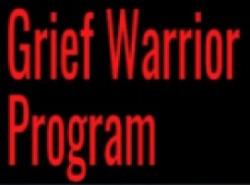