Be flexible, find life’s balance and take joy in what you choose to do, says Dr. Dyck 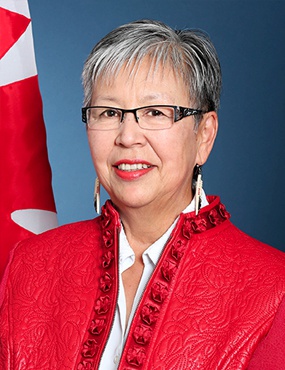 “It's good to have goals, but try to be realistic; if the job market isn't there, you may have to try other things.”

Dr. Lillian Eva Dyck, 1999 National Aboriginal Achievement Award winner in the field of Science and Technology, says that although people need to plan their future, they should remain flexible in a rapidly changing society.

The same advice applies if you find you are completely unsuited to the career choice you have made—change it for something you like and success will follow, she said.

That was Dr. Dyck’s decision. The member of the Gordon First Nation in Saskatchewan considered becoming a high school science teacher in 1970, but realized on the very eve of her practice teaching session it wasn’t for her. She lacked confidence in her knowledge, even though she had a Master’s degree; she also was not comfortable speaking in public. So she quit.

Instead, Dr. Dyck became a neuropsychiatrist at the University of Saskatchewan. Her team of scientific researchers was looking for a drug that treats stroke, Alzheimer disease, schizophrenia and other illnesses believed to have the same underlying disease process. She also tested the theories of experts who think Native people’s metabolism may make them more predisposed to alcoholism.

She made the right choice. Not only because Dr. Dyck became a full professor in the University of Saskatchewan's Department of Psychiatry, she was recognized for her efforts in promoting women in science. She was even cited by the House of Commons: Georgette Sheridan, former Liberal MP from Saskatoon-Humboldt, raised Dr. Dyck’s name in the House during International Women’s Week in March 1997.

"I do my best to pass along what I know," Dr. Dyck said modestly.

Along the way to obtaining her Ph.D. and becoming a scientist, she overcame her shyness about public speaking. In addition to her research, she taught at the graduate level in neuropsychiatry, neurochemistry and the field of alcohol and substance abuse.

"It was lots of practice in public speaking that got me over it," Dr. Dyck said. The former Lillian Quan, born in 1945 to a Cree mother and a Chinese father, was fortunate to that her parents taught her determination and to use her abilities, because she encountered a decided lack of high expectations for her in her Swift Current, Sask. high school.

Although she had been an “A” student in elementary school, in Grade 9 she was shuffled through schools and into a class for slow learners, along with her brother, Winston. By then she was already showing an aptitude for science; in Grade 10 she won an academic proficiency award, while still in the class for under-achievers. At least, she said, the vice-principal, John Dyer, recognized the Quan children’s abilities, and he encouraged both to strive to attend university.

When she graduated from high school in the early 1960s with an 80-something average, there was a lot of excitement about science with the launch of the world’s first satellite. Her brother, one year older and majoring in chemistry at university, really encouraged her scientific curiosity. He helped his sister get her first job in a chemistry lab. The success of that experience and her brother's encouragement kept her in science, she said.

Dr. Dyck described herself as an "urban Indian," who had little knowledge of her Aboriginal culture until 1981. By then she had her doctorate and was interested in finding out about the Native side of her heritage. She explained that, typically for the time, her mother had distanced herself from her Aboriginal identity when she married her father, a Chinese restaurant owner, and lost her status. The cultural link was further weakened when Dr. Dyck's mother died at age 36.

Dr. Dyck aims for a balanced life. She loves her career, but was never obsessed with it to the exclusion of other interests. Her leisure time was spent with friends or in group activities. She's an avid traveller and bird watcher. Visiting the Wanuskewin Indian Heritage Park outside her city was a favorite activity.

"It reminds me the real world is nature; the university world is artificial," Dr. Dyck said.

(Editor’s Update: Dr. Lillian Eva Dyck was summoned to the Senate by Prime Minister Paul Martin. She is the chair of the Senate Standing Committee on Aboriginal Peoples.)